For my parents’ 26th anniversary, I decided to convert an online religious text they read into a beautiful, well-typeset book.

The online text was built by volunteers using an archaic version of Microsoft Word and looks like this:

Anyone who has read science or math literature is exposed to the high-quality output LaTeX produces.

I was able to combine Clojure’s excellent HTML processing infrastructure (enlive) and LaTeX to produce a nice looking document.

Here are two pages from the final output:

This blog post contains latex and clojure snippets to produce that output. I am not good at designing books or combining typefaces and would appreciate advice.

The inspiration for this book came from this TeX StackExchange thread.

A user was working on replicating a 16th century bible (img from LaTeX Stack Exchange): 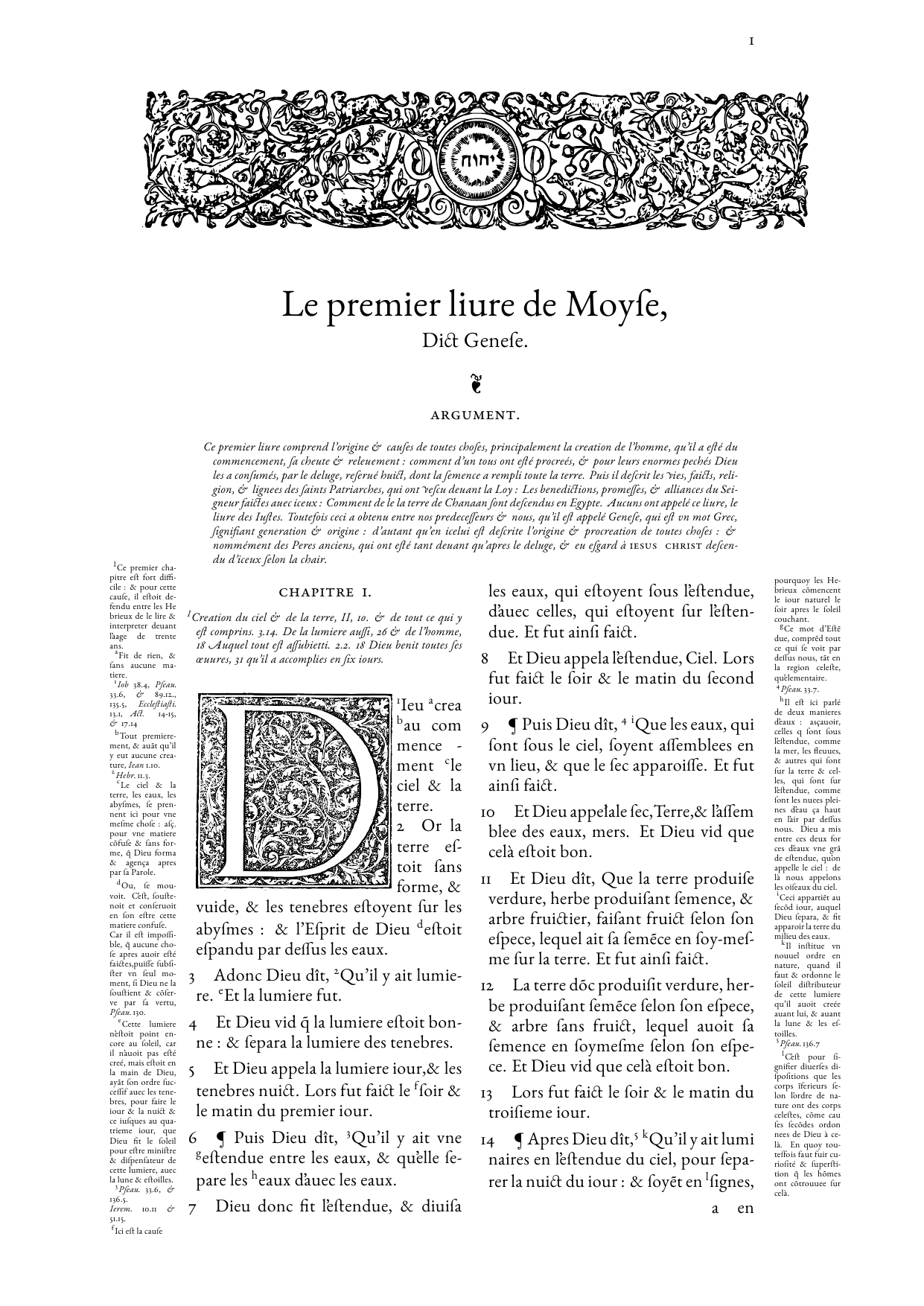 Using that piece as inspiration, I converged on the following theme:

is all you need to put in your LaTeX document.

The pgfornament package comes with very beautiful ornaments. When combined with TikZ, a seasoned user can create very sophisticated and professional documents.

I am not a seasoned user so I was perfect satisfied with using something out-of-the-box. Each page in the book was going to have these ornaments in the page-corners:

The pgfornaments package combined with eso-pic allows you to achieve exactly that.

Next, I decided that each chapter would begin at a new-page.

Chapter numbers and subtitles (if any) would be adorned above and below with ornaments. Essentially I was going for:

Note that the ornaments in the corner are the result of eso-pic.

The borders in the north, south, east and west, and the styling around the chapter title are accomplished by:

This forms the template for the book. Next, we populate the contents.

Enlive is a fantastic HTML parsing library for clojure. The hierarchical structure of HTML is captured in a clojure map:

To transform a single chapter, we traverse this map (tree) and transform the text as is appropriate. This is governed by where in the document the text occurs.

After manually inspecting a few chapters, I made a small table that mapped root - leaf paths in the DOM to handlers that would transform the text.

In clojure this can be succintly described as so:

Essentially you keep track of where you are in the tree (relative to the root element) and then fetch a function from a table that transforms your text appropriately.

Run this on the entire book and I managed to have a neatly typeset book hosted here.

While a seemingly simple exercise (under 100 lines of code), html allows you to get the same output with different templating. I noticed that converting 10 chapters at a time and inspecting the batch for quirks was a better approach for measuring coverage.

LaTeX isn’t particularly fond of how HTML, MS Word etc use / handle double quotes, apostrophes and so on. I have a couple of string/replace functions but it clearly wasn’t enough to deal with the entire book. This is a problem that can only be solved by actually reading the book.

Overall, this turned out to be a really appreciated gift.